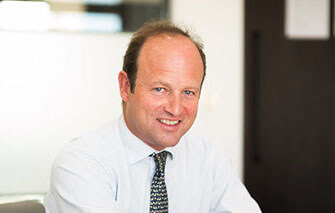 Rupert is co-founder and global managing partner of Finsbury, and founder director of Oxford University’s Centre for Corporate Reputation. He is also co-author of The Reputation Game, a bestselling book published in 2017 drawing on his research at Oxford with case study examples from business, politics, the arts and wider society.

He is a regular commentator on how reputations are created, sustained, destroyed and rebuilt.  His work and views are featured in major news outlets including the BBC, CNN, the Financial Times, The Wall Street Journal, and the Times of London.  He has a particular expertise in global issues advocacy and has led successful reputation and communications engagement campaigns for global organisations over the past twenty five years.  He has worked for and against financial activists, and has studied - and also worked on - broader societal activism campaigns in his dual roles at Oxford and Finsbury.

Rupert chaired The University of Oxford’s Socially Responsible Investment Committee of Council (2011-2017)and is a member of the Senior Common Rooms at Worcester College, Oxford and St Antony’s College, Oxford. He is a Trustee of the international mine clearance and humanitarian charity The HALO Trust, and was appointed by HM Queen Elizabeth II as her High Sheriff of Hampshire for 2013-14.  He is also a member of the Royal Company of Archers, the Queen’s Bodyguard in Scotland, and is the bass player/songwriter for an indie rock band called Chalk Flowers. 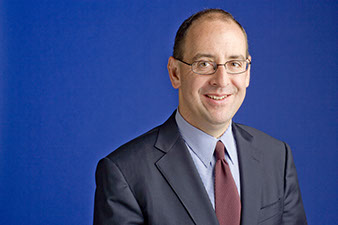 Frank will be joining UC Berkeley as a tenured law professor in summer 2018. He is the George E. Barrett Professor of Law and Finance and the founding director of the Center for Corporate and Securities Law at the University of San Diego. He is a graduate of Yale Law School, and has degrees in mathematics and economics from the University of Kansas.

After law school, he clerked for the Honorable Michael B. Mukasey, in the Southern District of New York, and then worked as a derivatives structurer at Morgan Stanley and CS First Boston during the mid-1990s. He wrote F.I.A.S.C.O.: Blood in the Water on Wall Street, a best-selling book about his experiences there. He subsequently worked at Covington & Burling, in Washington, D.C., but he didn’t write a book about that.

His recent trade press books include WAIT: The Art and Science of Delay, Infectious Greed: How Deceit and Risk Corrupted the Financial Markets, and The Match King: Ivar Kreuger, The Financial Genius Behind a Century of Wall Street Scandals, which was a finalist for the Financial Times/Goldman Sachs Business Book of the Year in 2009. He has written regularly for The New York Times and the Financial Times, as well as The New York Review of Books and The Atlantic. He has appeared on numerous media programs, including 60 Minutes, The NewsHour, and The Daily Show with Jon Stewart. Professor Partnoy also has testified as an expert before both houses of Congress, and has been a consultant to many major corporations, banks, pension funds, and hedge funds regarding various aspects of financial markets and regulation.